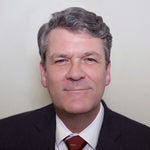 The founder of the firm, Duncan Millar practices out of both the Seattle and Vancouver, B.C. offices. Duncan is a U.S. immigration lawyer licensed in Washington state, and a B.C. Practitioner of Foreign Law (U.S. law). Duncan's practice focuses exclusively on immigration law. He has enormous experience in all types of U.S. immigration cases, specializing in complex business and investor immigration matters.

Duncan graduated with the highest honors from California State University where he earned a Bachelor's degree in Philosophy. He then attended Seattle University School of Law and received the degree of Juris Doctor. Duncan is a member of the Washington State Bar Association and the American Immigration Lawyer's Association.

An accomplished drummer, Duncan is active in the British Columbia Pipers' Association as a certified adjudicator and competitor.