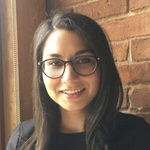 Sadaf graduated from a dual degree program at the University of British Columbia and the University of Hawaii, receiving Juris Doctors from both universities. Her studies were focused on international law, and she clerked at the Pre-Trial Chamber of the Extraordinary Chambers for the Courts of Cambodia. Prior to law school, Sadaf received her B.Com from McGill University in Montreal, Quebec. Sadaf is a member of the New York and Washington Chapter of the American Immigration Lawyers Association. She speaks French and Farsi.